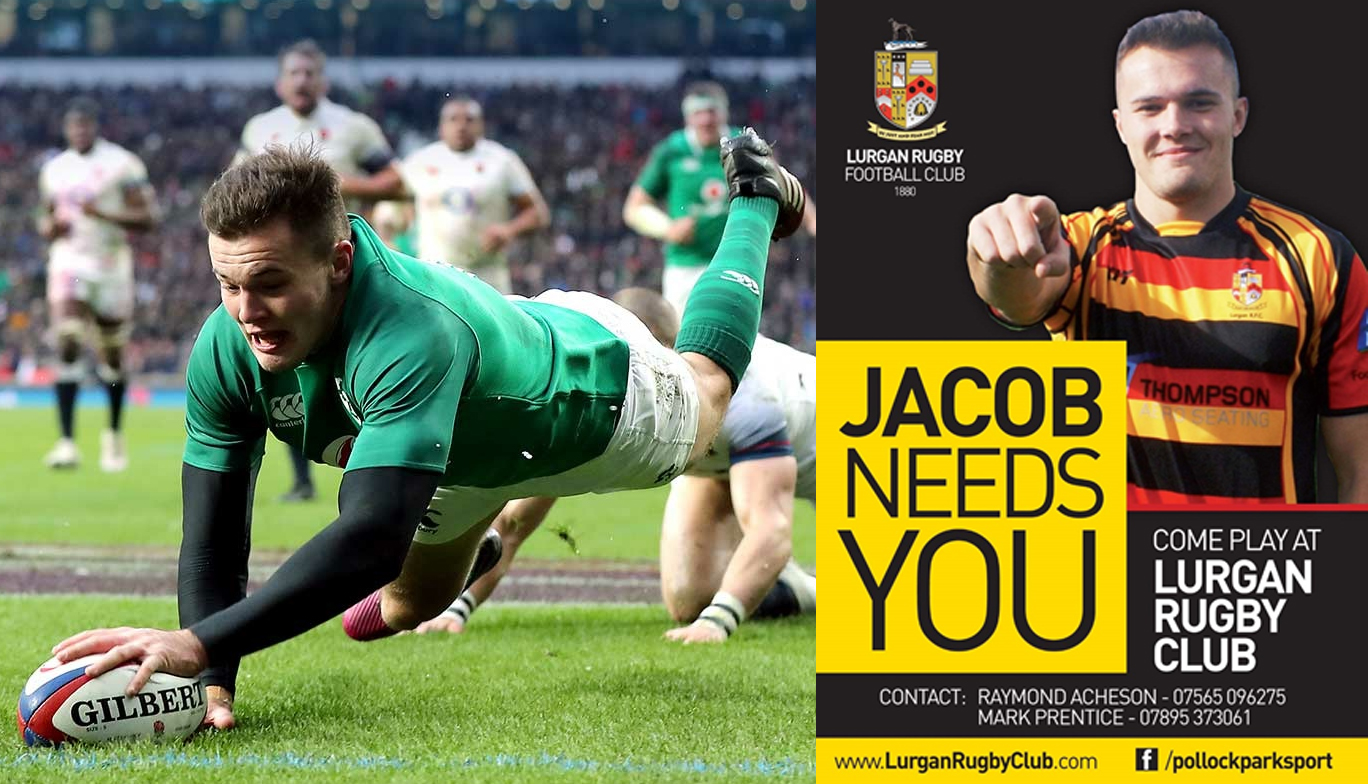 Jacob was Ulster’s joint try scorer last season with 9 tries, all the more remarkable considering he only played in 6 games. Joe Schmidt called him up to the Ireland squad for the tour to America and Japan and he scored on his debut against the USA Eagles.

Jacob played in all five of Ireland’s Six Nations matches, and scored a record-breaking seven tries in this years competition. He further received the accolade of best player in the tournament and was an integral part of Ireland’s grand slam winning team.

Jacob and his parents live within 300 metres of Pollock Park and Jacob has accepted the role of Tigers Ambassador. He has agreed to help promote rugby and recruit new Tigers on his days off from his Ulster Rugby commitments.

Marketing information is currently being printed with Jacob’s images to assist in a flyer, poster, bill board and signage campaign to significantly grow the Clubs player numbers both at Youth and Senior level.