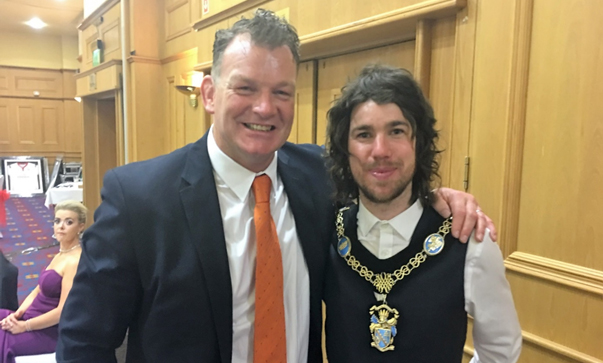 David has previously played for Cork Constitution, Munster, Bristol and won 27 caps for Ireland at blind side wing forward.

His nickname “Shredder” was hard earned and he is still considered by many to be one of the most destructive 6s to ever play the game.

David is still playing for the Irish Legends and competes annually in the Bermuda Classics.  He has access to almost all of the top over 35 year old players in world rugby and has recently been appointed as Classic Lions Captain.

David has also offered to come and take a few training sessions at the Club and will support our events going forward.

He has previously coached Cork Constitution and Young Munster to AIL 1A glory.